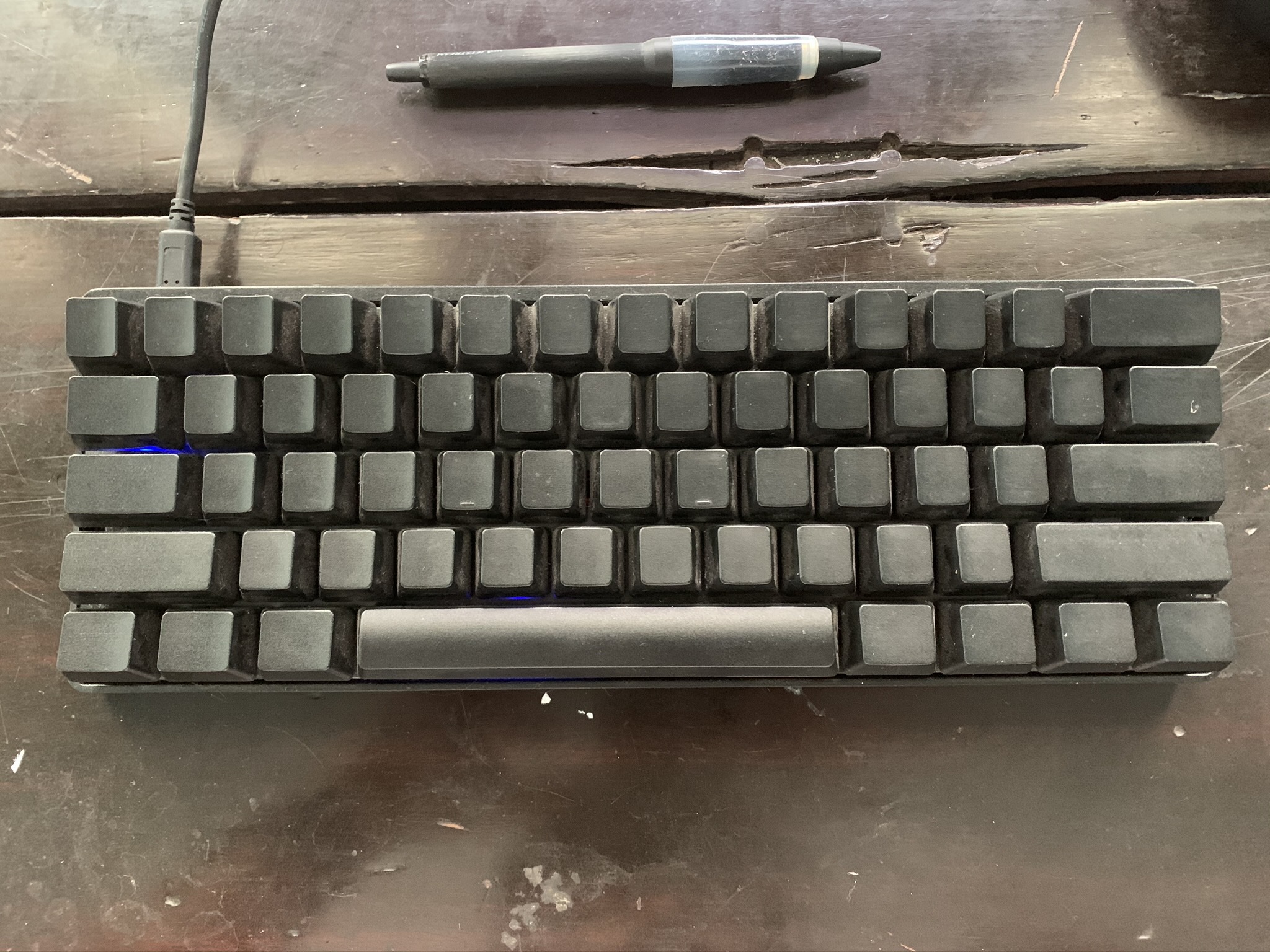 The built-in default mappings use Fn + ijkl as cursor keys.

But I prefer vim-like mappings:

Thankfully, the VP3 has 3 user-programmable layers—accessed by Fn + {<,>,?}. So I programmed the first of these layers to use the vim movement bindings. (I also then reprogrammed Fn + i to represent Home, which previously represented by Fn + h, would be lost in the new bindings otherwise.)

Here’s a link to the keyboard manuals and, as an example, the steps I followed to program Fn + j to represent the down cursor key instead of the original left cursor key. You should repeat these steps for each of the keys.

To check whether the steps worked, switch to layer 1 (Fn + <), if you aren’t already in layer 1, then try to use Fn + j to navigate down.

Finally, by default, with switch 3 off the single Fn key in the bottom row is difficult to use together with hjkl. Turning on switch 3, located on the bottom side of the keyboard, converts Caps Lock to an additional Fn key. Less finger-twisting this way.

This way, I can comfortably use Caps Lock (now a Fn alias) + hjkl for cursor movement.